Haynes spent several years as a journalist following college. She worked at WRC-TV (the NBC affiliate station) in Washington, D.C. and WSMV Channel 4 in Nashville, Tennessee, and then went on to become the Life Editor of The Brunswick News in Brunswick, Georgia. This experience in the print industry, combined with her love for riding horses, led her to Fort Worth, Texas where she worked for the Cowboy Publishing Group’s online presence, Horsecity.com, as well as its print publications Quarter Horse News and Barrel Horse News. After several years in the journalism industry, she decided to pursue a legal career.

Awarded for Excellence and Integrity

Attorney Haynes Studstill has been recognized for her outstanding legal work, earning prestigious accolades such as:

After graduation from law school, Haynes and her husband, Justin Studstill, moved to Atlanta where Haynes continued working at King & Spalding, LLP. In 2009, Haynes and Danny Studstill partnered to form the Studstill Firm, LLP with offices in Macon, where Haynes was headquartered for 3 years, Nashville, and Valdosta, her current home.

Haynes devotes her entire practice to helping injury victims in the wake of accidents or tragedies and is confident that this dedicated focus is beneficial to her clients.

Holy Moses: What Do We Do With the Ten Commandments, 57 Mercer L. Rev. 645 (2006)
Member, Verdict Board, Georgia Trial Lawyers Association 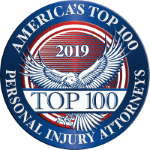